"Nothing clears up a case so much as stating it to another person." ~ Silver Blaze

"We balance probabilities and choose the most likely. It is the scientific use of the imagination." ~ The Hound of the Baskervilles

"Work is the best antidote to sorrow." ~ The Adventure of the Empty House

"It is, I admit, mere imagination; but how often is imagination the mother of truth?" ~ The Valley of Fear 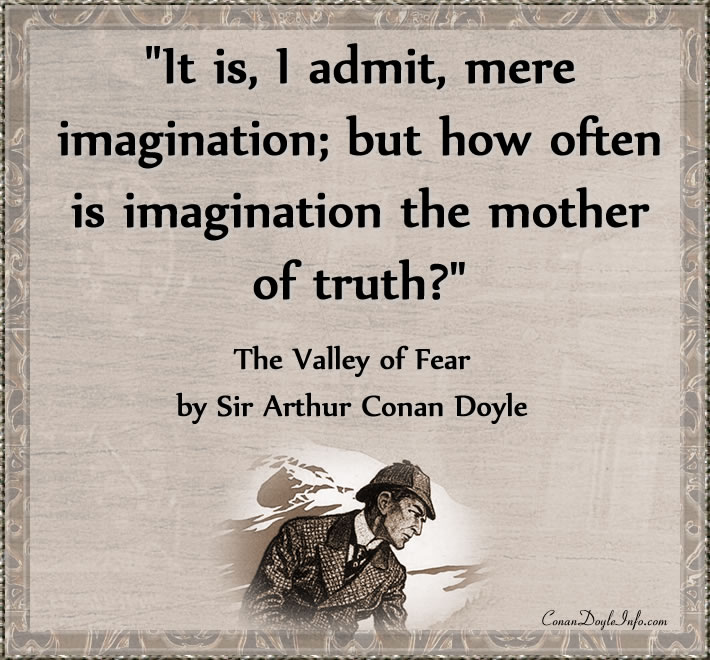 "The old wheel turns, and the same spoke comes up. It's all been done before, and will be again." ~ The Valley of Fear

136 Sherlock Holmes quotes found! Use the links below to see them all.