"Detection is, or ought to be, an exact science, and should be treated in the same cold and unemotional manner. You have attempted to tinge it with romanticism, which produces much the same effect as if you worked a love-story or an elopement into the fifth proposition of Euclid." ~ The Sign of The Four

"It's every man's business to see justice done." ~ The Crooked Man

"There's more work to be got out of one of those little beggars than out of a dozen of the force," Holmes remarked. "The mere sight of an official-looking person seals men's lips. These youngsters, however, go everywhere and hear everything. They are as sharp as needles, too; all they want is organization." ~ A Study in Scarlet

"The best way of successfully acting a part is to be it," said Holmes. ~ The Adventure of the Dying Detective

"The chief proof of man's real greatness lies in his perception of his own smallness." ~ The Sign of the Four

"There can be no question, my dear Watson, of the value of exercise before breakfast." ~ The Adventure of Black Peter

"It is always awkward doing business with an alias." ~ The Adventure of the Blue Carbuncle 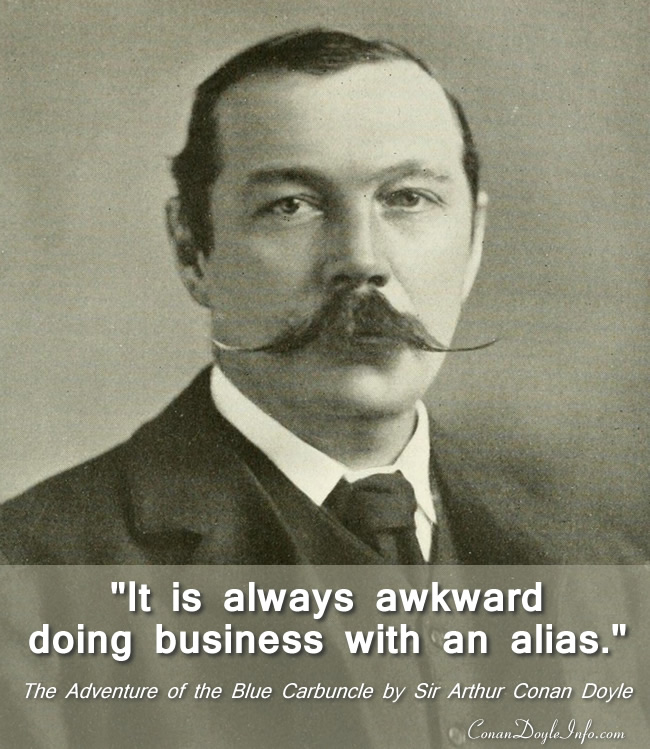 "I trust that age doth not wither nor custom stale my infinite variety." ~ The Adventure of the Empty House

"There is nothing more deceptive than an obvious fact." ~ The Boscombe Valley Mystery

"Should you care to add the case to your annals, my dear Watson," said Holmes that evening, "it can only be as an example of that temporary eclipse to which even the best-balanced mind may be exposed. Such slips are common to all mortals, and the greatest is he who can recognize and repair them." ~ The Disappearance of Lady Frances Carfax

136 Sherlock Holmes quotes found! Use the links below to see them all.